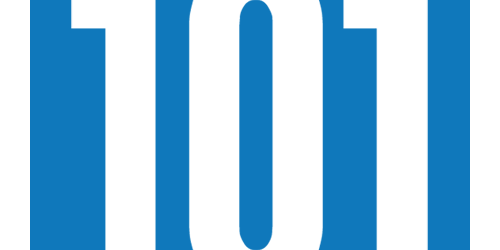 These common adhesive tape terms provides users a helpful reference to the various tape related phrases and names used throughout this website and the overall adhesive tape industry.

Abrasion Resistance – The ability of a tape to withstand rubbing and still function satisfactorily.
Adhesion – A bond produced between a pressure sensitive adhesive and a surface.
Adhesive – Any material that will usefully hold two or more objects together solely by intimate surface contact.
Adhesive transfer – The transfer of adhesive from its usual position on the tape to the surface to which the tape was attached, either during unwind or removal.
Anchorage – The specific adhesion of a pressure sensitive adhesive to a face material or an anchor coat.

Backing (Carrier) – A relatively thin flexible material to which the adhesive is applied.  Theoretically, any material that is reasonably flat, relatively thin, and flexible could be used as a tape backing.
Backscoring (Crack & Peel) – Cutting the bottom release liner in such a way as to aid in the dispensing or applying of the product.
Baloney (Lathe) Slitting – This process utilized standard length log rolls, cutting through both tape and core roll after roll.  This method allows for quicker change-over to different tapes and enables the converter to produce smaller quantities of a particular size than rewind slitting.
Bi-Directional – Related to strapping tapes, in which the reinforcing material consists of filaments in both the length and the cross directions, usually a woven cloth.
Bleeding – Penetration through the tape of a coloring liquid (paint, etc.) onto the surface to which the tape is applied.

Carrier – Sometimes used to refer to the backing material, particularly in double-faced tapes.
Coating Weight – The weight of a coating per unit area.
Converter (Fabricator) – One who modified products to enhance their value and final usage.  Products can be modified primarily by:  laminating, die-cutting to custom shape, precision slitting, adding/removing liners & cutting pieces to length.
Corona Treatment – A process that alters the surface of a material or its surface energy by exposing that material to a high voltage electrical discharge treatment.  Typically used to raise the surface energy of films such as polyethylene or polypropylene to obtain better adhesion of inks, adhesive and other coatings.  High energy surfaces permit better wet-out (contact) of the coating than low energy surfaces.
Curling – The tendency of a tape to curl back on itself when unwound from the roll and allowed to hang from the roll.

Delamination – A separation of the backing into two distinct layers, separation between laminations of a tape consisting of more than one backing, or the separation between filaments and backing of a filament-reinforced tape.
Die-cutting – Process by which any shape, pattern or design can be cut out of various pressure-sensitive tapes, utilizing customer-made dies.
Double Coated Tape – A pressure–sensitive tape consisting of a carrier with adhesive coated on both sides. Typically, a liner is necessary to unwind the roll.

Edge Curl – The peeling back or lifting of the outer edge of a tape after application.  See cupping.
Elongation – The amount a tape can stretch without breaking, expressed in a percentage.
Extended Liner (Dry Edge) – Refers to the liner width extending beyond the actual adhesive tape width, for easy liner removal.  Also referred to as finger lift liner.

Flagging – A peeling away from the surface of the end of a length of tape, particularly in a spiral-wrap application.
Flame Resistance – The ability of a tape to withstand exposure to flame.  Fireproof materials will not burn even when exposed to flame.  Flame-resistant (fire-retardant, self-extinguishing) materials will burn when exposed to flame but will not continue to burn after the flame is removed.
Fluting – Distortion of a roll of tape such that layers no longer form a circle.

Gapping – Opening between layers of tape within a roll.
Gloss – A light reflection characteristic of tape backings, usually expressed by such terms as glossy, low gloss, matter, etc.

Insulating Tape – Normally refers to tape used for electrical insulation.
Insulation Resistance – The ability of the tape to prevent the flow of electrical current across its surface, usually measured on the backing.

Kiss-cutting – Die-cutting process by which only the actual usable part remains on the liner; all waste (matrix) around the die-cuts is removed to allow for easy removal.

Laminating – Joining of several layers of different materials utilizing pressure-sensitive tapes.
Lifting – A situation where a section of tape has pulled away from the surface to which it has been applied.

Off-Core – Layers of tape are in correct alignment, but tape is displaced sideways on the core.
Oozing – A “squeezing out” of the adhesive from under the backing. It occurs when the edges of a roll become tacky.
Out-Gassing – The release of volatile components under heat or vacuum.
Over-run – A quantity of material more than the amount ordered.  Trade practices permit +/- 10% tolerance for customer over-runs and under-runs.

Pancake-wound rolls – Most typical supply form for pressure-sensitive tapes.  Each layer of tape is directly on top of the last one (with or without a liner).
Peel/Adhesion Test– The measurement of the adhesive or bond strength between two materials, expressed in ounces/inch.
Perforating – Hole-punching the release liner, usually between kiss-cut parts.

Reinforcements – A material added to a tape to provide additional strength.
Release Coating (easy unwind treatment) – A coating applied to the backing on the side opposite the adhesive that provides ease of unwind and prevents delaminating or tearing.  Without a release coating, the tape would adhere to its own back and would not unwind.
Release Coat Transfer (Silicone Transfer) – Particles of the release coat stick to the adhesive on unwind; the resulting tape will have little or no ability to stick.
Release Liner – Siliconized paper or film coated on one or both sides that protects the adhesive until use.  The liner is removed and discarded before application.  Most frequently found on double-coated tapes and labels.  Fluorosilicone liners are available in unique situations that required silicone adhesive to release.
Rewind Slitting – Preferred method for slitting large volumes of standard sized rolls of pressure-sensitive tape.  In this process, large master rolls of jumbos are used to unwind tape and then are rewound layer over layer across a set of pre-spaced cores.

Saturation (impregnation) – Adding material (saturant) to the backing for improvement of physical properties and resistance to various deleterious environments.
Self-Wound Roll – A roll of tape in which each layer of tape is directly on top of the last one.  The roll contains no liner.
Single Coated Tape – A pressure-sensitive tape consisting of a carrier with adhesive coated only on one side.
Splice – A point at which two separate lengths of tape are joined.
Spool (Traverse) Wound Rolls – One layer of tape starts on a side of the core.  The next layer overlaps with the first one and then the tape is wound back and forth traversing from one side of the core to the other.  This process allows for much longer rolls, thus reducing the downtime involved with constant roll changes.

Tack – The condition of the adhesive when it feels sticky or highly adhesive.  Sometimes used to express the ideas of pressure sensitivity.
Tearing – Breaking or slivering of a tape during unwind.
Tear Resistance – The ability of a tape to resist tearing after a tear have been started by cutting or nicking of the edge.
Telescoping – A sideways sliding of the tape layers, one over the other, such that the roll looks like a funnel or a telescope.
Tensile Strength (brake strength) – The force required to break a piece of tape by pulling on opposite ends of the piece.

Thickness – Distance from one surface of a tape, backing or adhesive to the other, usually expressed in mils or thousandths of an inch.  This is measured under slight pressure with a special gauge.
Tolerance – Maximum allowable variation from agreed-upon or specified dimensions throughout the manufacturing or converting process.
Transfer Tape – An unsupported pressure-sensitive adhesive tape. Transfer tapes consist of an adhesive and a coated release liner.

Uniformity – The consistency of a single type of tape either within a single roll, from roll to roll, or from lot to lot.
Unwind or Unwind Adhesion (unrolling) – The force required to remove the tape from the roll.

Weaving – A poorly wound roll of tape in which the individual layers of tape are not in alignment with one another.